Welcome to The New Face of Beauty!

All treatments booked by appointment only. We do have a 24-hour cancellation policy. There is a $50 fee for any late cancellations and/or missed appointments. 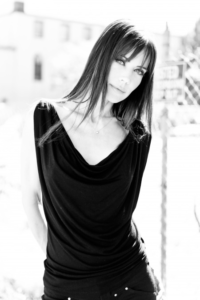 Meet Leanne, founder of Laser Beauty Works, a Denver, Colorado med spa. Leanne has spent most of her career life working in the fitness and beauty industries. Originally from New York, she moved to Los Angeles, CA in her mid-twenties and began teaching fitness in 2000, with Pilates as her main focus of expertise. She owned and operated her own studio for seven years in Brentwood, CA. After selling her studio, she decided to pursue a career in esthetics, another passion of hers. After becoming a Licensed Esthetician in 2009, she enrolled at Rocky Mountain Laser College in Golden, CO to complete her Laser Specialist Certification. Since then, she has continued to increase her knowledge in the field by completing numerous trainings and certifications, as well as becoming a nationally Licensed Phlebotomist in 2017. Leanne loves to spend her free time cycling, hiking, and practicing yoga. She also has one of the sweetest dogs in the world – a boxer named Shilah, who is almost always at her side.

Melissa Parenti is a Certified Laser Specialist and a Licensed Esthetician.  She has been a part of the Cosmetic Laser Industry since she moved to Denver from Cleveland, Ohio in 2007.  She received an Associates Degree in Medical Esthetics from Heritage College and her Laser Certification from Rocky Mountain Laser College.  She has been with Laser Beauty Works since shortly after they opened in 2011 and became a part owner and permanent member of the team in 2015.

Michael Iannotti MD is a diplomate if the American Academy of Family Practice and Board Certified in Family Medicine since 2004. His training has included surgery, family medicine and obstetrics. He primarily focuses on Medical Aesthetics since 2009 and has been supervising medical spas of high quality medical aesthetics including injectables, lasers and IV fluids. He enjoys teaching, delivering high quality education and performing medical aesthetic procedures.
Toggle Sliding Bar Area